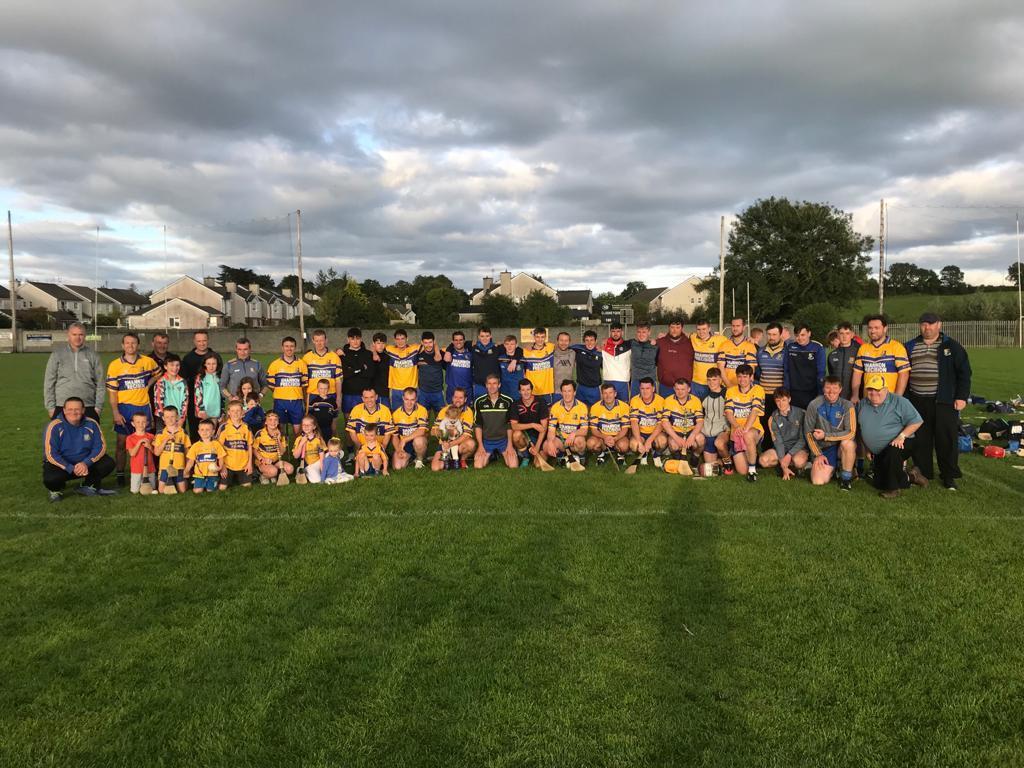 The Junior B third team are through to the semi final of the Division 5 league after a well deserved victory over Scarriff on Monday night in O' Callaghans Mills.

A well contested game, there was a strong breeze blowing which made shooting difficult. The 'Bridge, playing against the breeze in the first half still managed to come out on top and at half time led 1-9 to 0-7, David O' Conor providing the goal. Indeed O' Conor provided the first four scores for the 'Bridge and ended the half with 1-6, 3 from frees. Adam Murray and Tommy Liddy provided points also ensuring the full forward line all got on the scoreboard, with Mike O' Halloran providing the remaining point in the half.

The second half saw the 'Bridge add another 3 green flags, from David O' Conor, Adam Murray and Seamus O' Connell. And with Scarriff managing to add just 4 points to their first half tally, the 'Bridge were able to pull away and finished the game winners on a scoreline of 4-15 to 0-11.

Good for the 'Bridge on the night were David O' Connor up front who defied his years with an ageless performance. Goalkeeper Cian Fawl pulled off some fine saves and Jason Murphy at full back was very solid for the full game. U19s Conor Gilligan, Evan Murphy and Adam Murray performed very well also.

The 'Bridge now progress to the semi final where they will face Tulla.