U19s take the points in Championship Round 1 against Ballyea 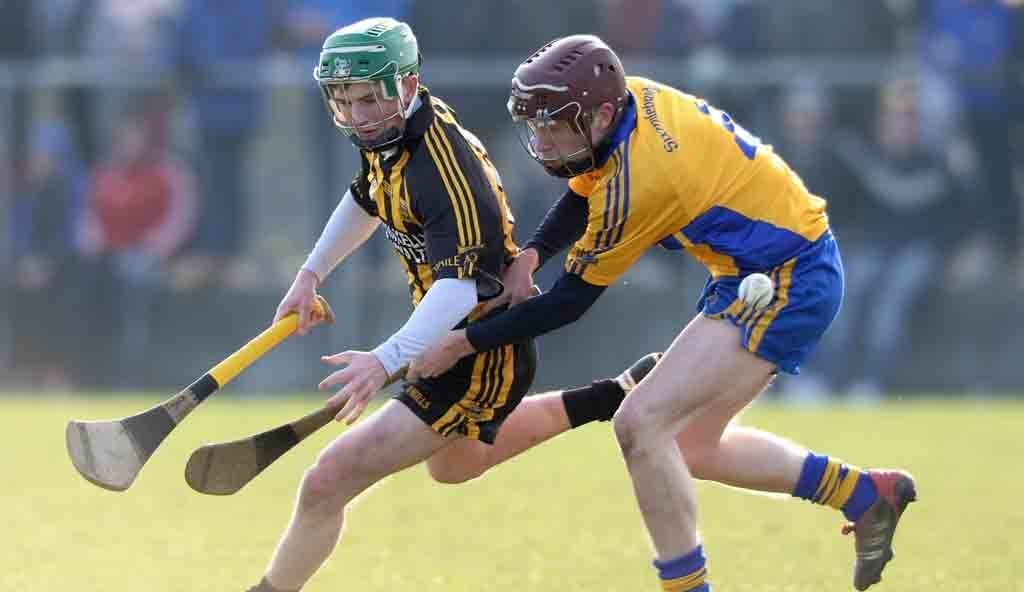 Sixmilebridge came out on top in the end in an exciting U19 championship first round fixture this evening in Ballyea. A great advertisement for this championship, the game had it all, goals, big hits, changing lead and 8 green flags, and all played in perfect sunny weather on an immaculate pitch. For the crowd that attended they certainly got entertainment for the hour.

Ballyea were well prepared and got going straight away whereas it took a while for the 'Bridge to settle into the game. The 'Bridge started with 3 of their 4 Clare minors from this year, with Mark Sheedy in goals, Matthew O' Halloran in midfield and Fionn Hayes at Wing Forward.

With several switches and eventually changes, the 'Bridge started to get on top and finished the half a point to the good 2-9 to 2-8. The goals coming from David Kennedy. The points coming from Luke O'Halloran (0-2, 1f), David Kennedy (2-2), Colm Flynn (0-1), Seamus O' Connell (0-1), Adam Murray (0-1), Noel Flynn (0-1), Conor Gillgan (0-1). The 'Bridge also had a saved penalty from Luke O' Halloran which equalled a large number of wides from the Ballyea forwards.

The second half began with both teams again giving their all and some quick thinking and fast delivery from a free to the Ballyea forwards led to a goal for them and soon after a second similar goal was conceeded by the 'Bridge. This saw the 'Bridge go 5 points down 10 mins into the second half. To their credit the 'Bridge battled hard and with 54 minutes gone led by 2 but with only 2 minutes to go the sides were level. The Bridge sealed the win with 2 goals from Noel Flynn in the closing stages and a fine point by Fionn Hayes out on the wing in the dying seconds to win by 5 points. In the second half points were also scored by David Kennedy (0-2), Adam Murray (0-1), Luke O' Halloran (0-4, '65, 3f), Matthew O' Halloran (0-1).

This really was a team effort to dig the game out and achieve a 10 point turnaround, but playing especially well on the evening were David Kennedy in the full forward line, Adam Murray who covered a number of positions & Matthew O'Halloran at midfield. Young Mark Sheedy made a number of exceptional saves also keeping the 'Bridge in the game at vital times.

The 'Bridge now move on to Round 2 in the 3 team group, where they will face Scarriff Ogonnolloe next Wednesday evening, 6th July in Sixmilebridge. With only the top teams progressing to Final, Semi Final in the 3 group competition, each game is being treated as effectively knockout.